Ergatta’s WaterRower Upgrade Package includes everything you need to turn your WaterRower into a connected fitness machine. Compatible with all WaterRower S4 machines.

An Ergatta membership costs $29/month or $290/year and includes:

• Access to Ergatta's first-of-its-kind and constantly evolving & improving game-based fitness platform
• A continuously growing workout library of hundreds of workouts, with 5+ added each week
• "Push Program" training programs structured around your fitness goals
• Personal dashboards to store your workout data and track your progress
• Access to a growing community of competitors
• Ongoing programming releases, such as monthly challenges, new push programs, and a 'Race against the Stars' series
• Unlimited profiles on a single device

Units are now shipping in 1-2 weeks. US only. Please note payment will be taken at the time of processing to secure a position in our order pipeline, as all product is currently built to order.

A mounting arm to match your WaterRower wood type, a 17.3 digital tablet, a power cord, and necessary components to assemble and enable data connectivity from your S4 monitor.

If you’re not satisfied with Ergatta in your first month, we’ll give you a full refund, no questions asked.

Four ways to get your workout in. With more on the way. 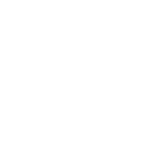 Goal-based training plans designed around a final challenge to keep you moving forward. 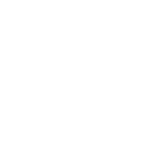 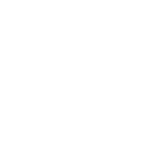 Competitive races that put you head-to-head against the Ergatta community. 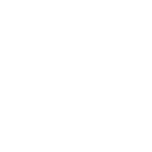 It used to be hard for me to spend much time on my water rower, I would get bored or was just too fatigued. Now with my Ergatta screen and community, I am so concentrated on achieving all the targets in the workouts that I forget about the time and have that extra drive to finish my workouts given the competitive nature of the program and the community.

The problem - erging can be dull:
I picked up the waterrower about a year ago - just before covid started. Felt lucky to have it but really didn't use it that much. I've been erging for years at the gym and spent a couple seasons on the water with a masters rowing club. Living in a condo, the concept 2 was a no-go due to noise and I loved the sound of the waterrower so I picked it up.

My problem at the gym and at home was the lack of engagement. I bought an ipad arm attachment and used to watch some videos of people on the water or some coxswain calls which were ok. But in the end, it was just tedious to stay on, I rarely pushed myself and if I rowed 2x a week it was a good week.

The alternative - goal-based workouts and competition:
When I saw the ergatta reviewed on youtube I was excited because I have always responded well to classes, directed programs, that kind of thing. The most I ever got out of a concept 2 was trying to float as a fish to avoid sharks...the most asinine "games" I could imagine. You can't see the workout history without drilling into the results - no comparison and no competition unless someone was on the machine next to you. Ergatta has nailed all of that. Currently I'm on a 10 workout build to my first 5k. It's been a while since I've done a 5k and it's gratifying to have workouts that aren't "full gas, then stop". They give you really nice progressive elements, not only intensity but varying stroke rate and breaks that seem to come just when you need them. After an initial 2k calibration row, the four levels of effort are set for anything you do, so it can vary you from paddle pressure to a sprint for a HIIT row, or trying to get your stroke rate to be constant. It's not just making me stronger but also a better rower for next summer when I hope I will be ready to return to the water and not just suck wind. I've been on it seven days in a row at this point and I'm seeing my split times drop -- which I can tell because I can see all of my workout data on the screen at once. Rowing is great exercise but only if you can push yourself and make gains. This tool will let you get there.

Some things about the hardware:
I love that the waterrower company makes the hardware so it attaches perfectly to my current rower with the series four "sidecar" monitor. Wood varnish matches - it's perfect. See the pic for the installation view.

Of course the waterrower itself is a little more finicky than a concept 2 -- the tank has to be on just right and I have to keep an allen wrench nearby because the footplate screws work themselves a little bit loose and start to squeak. I don't lean the thing up against the wall because I started having issues with the paddle rubbing inside the tank when I did too much up and down with it. Of course I put it together myself so maybe I didn't tighten the bolts in the right order or something but for now it's perfect and I'm not going to move it.

Living in a condo (or anywhere where you would annoy someone with a loud fan rower), it's great. Really no louder than a washing machine. A concept 2 is like a buzz saw. The sound on this guy is pleasant and the handle/seat/foot boards are solid.

Make sure you have a mat or something to keep the unit stationary. When you are sprinting you'll crash the slide some and I routinely walk this thing forward on my hardwoods when I'm pouring it on. Currently I have it up against my peloton so it can't keep going forward.

What would be nice:
You have to turn off the screen, not just let it hibernate, for your rower monitor to turn off for some reason. Hopefully that's a software fix down the line.

I know this is an android device, but if there was some way to integrate the results with apple health, that would be awesome. Not sure why, but apple via the watch is giving me about 1/2 the calories that the ergatta results indicate. I feel that the ergatta is capturing the effort more closely but I can't get the results out. 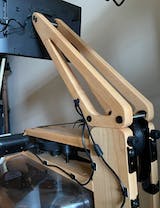 Thoroughly enjoying the Ergatta attachment for my WaterRower. Its materials are high quality, the attachment is simple and well designed. Most importantly the workouts have motivated me to go further, faster and longer! A great upgrade, I highly recommend it.

I purchased the Ergatta water rower upgrade for my club water rower. It was super easy to assemble and pretty quick too! I absolutely love the Ergatta system! I find myself rowing more than I ever would on my own. I get distracted (in a good way) when working on intervals and races! So happy we purchased this system!! It’s totally different than any other system out there. A terrific pandemic purchase!

I’ve owned my WaterRower for several years and never really used it much because rowing workouts for distance and time can be boring. And I tried a friends unnamed competing rowing product but realized that I don’t care for trainer led classes (and I’m not interested in hearing about the trainers life story while I’m rowing). With the Ergatta upgrade package, my WaterRower has been turned into an engaging workout machine. I just installed the kit in about 20 minutes after receiving it and starting to check out all the workout options which are just amazing. If you are interested in a growing and engaging fitness platform, this is it!

Is my WaterRower compatible?

Ergatta's Upgrade Package is only compatible with wooden frame WaterRowers that have an S4 monitor. Confirm your model here: https://www.waterrower.com/us/compare

Is there a subscription?

Yes. You must have an active membership in order to access Ergatta. An Ergatta membership costs $29/month and includes unlimited access to hundreds of workouts, community competition, and personal analytics. A single membership supports unlimited profiles.

Can I use my own tablet?

No. The Ergatta App can only be accessed through the integrated Upgrade Package product. We may explore an app-only version at some point in the future.

Do you ship internationally?

The Upgrade Package is only available in the US at this time. If you are interested in international shipping, sign up for our newsletter below for updates.